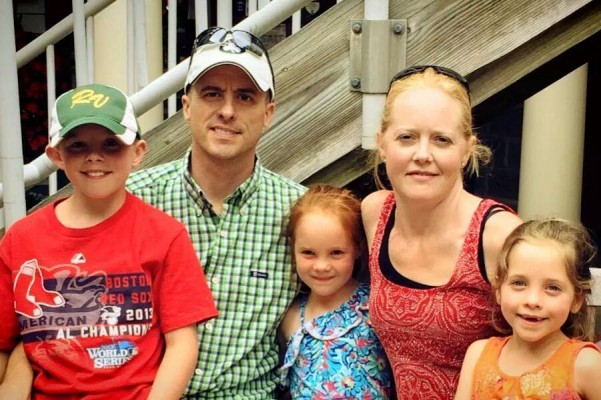 Pamela, daughter of Gerald and Barbara Bubier, is 43 years old and resides in Greene, her hometown. She went to Leavitt Area High School class of 1990, where she excelled in academics. She was in the top ten of her class and was involved in many sports including; field hockey, basketball and softball as well as National Honor Society. She attended Wheaton College in Massachusetts, University of Maine at Orono, CMMC School of Nursing, and Simmons College, where she got her Master’s Degree in Nursing and became a Nurse Practitioner in 2002.

Pamela has been married for 20 years to her high school sweetheart Wesley Sirois, son of Larry and Nancy Sirois of Turner. Together they have three healthy young children, Benjamin 11, Abby and Katie 8 year old twins. Pamela has worked at CMMC and St. Mary’s throughout her almost 20 year nursing career. She has worked in Oncology at both hospitals, and has spent the last 10 years at the Diabetes Center at St. Mary’s in Lewiston.

She has been very successful managing her CF, while working full time, being a mother and wife for many years. Over the years, Pamela has received wonderful CF care at CMMC and Maine Medical Center and is now managed in Boston. The last two years her lung function has declined dramatically requiring frequent hospitalizations and procedures on her lungs. She is now in need of a lung transplant for long term survival. She is attending the Lung Transplant Center at Brigham’s and Women’s in Massachusetts, where she is now listed on their lung transplant list since January 2015. She and Wesley recently traveled to the Cleveland Clinic in Ohio to become listed there as well to increase her chances of transplant in a timely manner. She is still waiting to be listed there.

These last few years have been a struggle. At the end of 2014, she had stop working as a NP to focus on caring for herself. This has been very difficult for her. This website is dedicated to helping raise money to help Pamela and her family with her healthcare costs, current and future travel costs, and her temporary relocation while she undergoes her lung transplant either in Boston or Cleveland. She will need to be away for at least an eight to twelve week period of time following her transplant.